Blending For PDR, What Is It And How Does It Work?

It's 2021 and I'm super excited about what this year has to bring. I did a video within my trainer site for my members only. It's about repairing minor damage in paintless dent removal. I wanted to share at least a snippet of that training video. Hopefully, it will help in understanding these blending tools & techniques. These are for repairing and finishing damage with paintless dent removal.

So on the panel, you've got a slight crown or a ridge and this should be roughly flat. But there is a low spot down here, when you tap down in the hammer it's spreading out the metal either way. By tapping it with the blending hammer repeatedly you build up that energy and momentum in the panel. You're creating those waves that come across by tapping down this section. Sometimes you can do it with a bit of an angle on the hammer. So rather than coming down directly flat, you're coming up the angle sending the metal that way. Each time you tap you're creating little energy ripples that go across the panel.

This little low is starting to come up again. What's good about the blending is you're working on more than one low at a time. This is like your aerial view and here's our dent. This is roughly what I was doing on the roof of the Renault Clio. We had a dent here I'm blending. As you're tapping this you are getting slight ripples though you can't see them. These ripples go across the panel so you can have a low spot outside the dented area. The ripple effect will send the energy across and start to lift those lows a little bit. 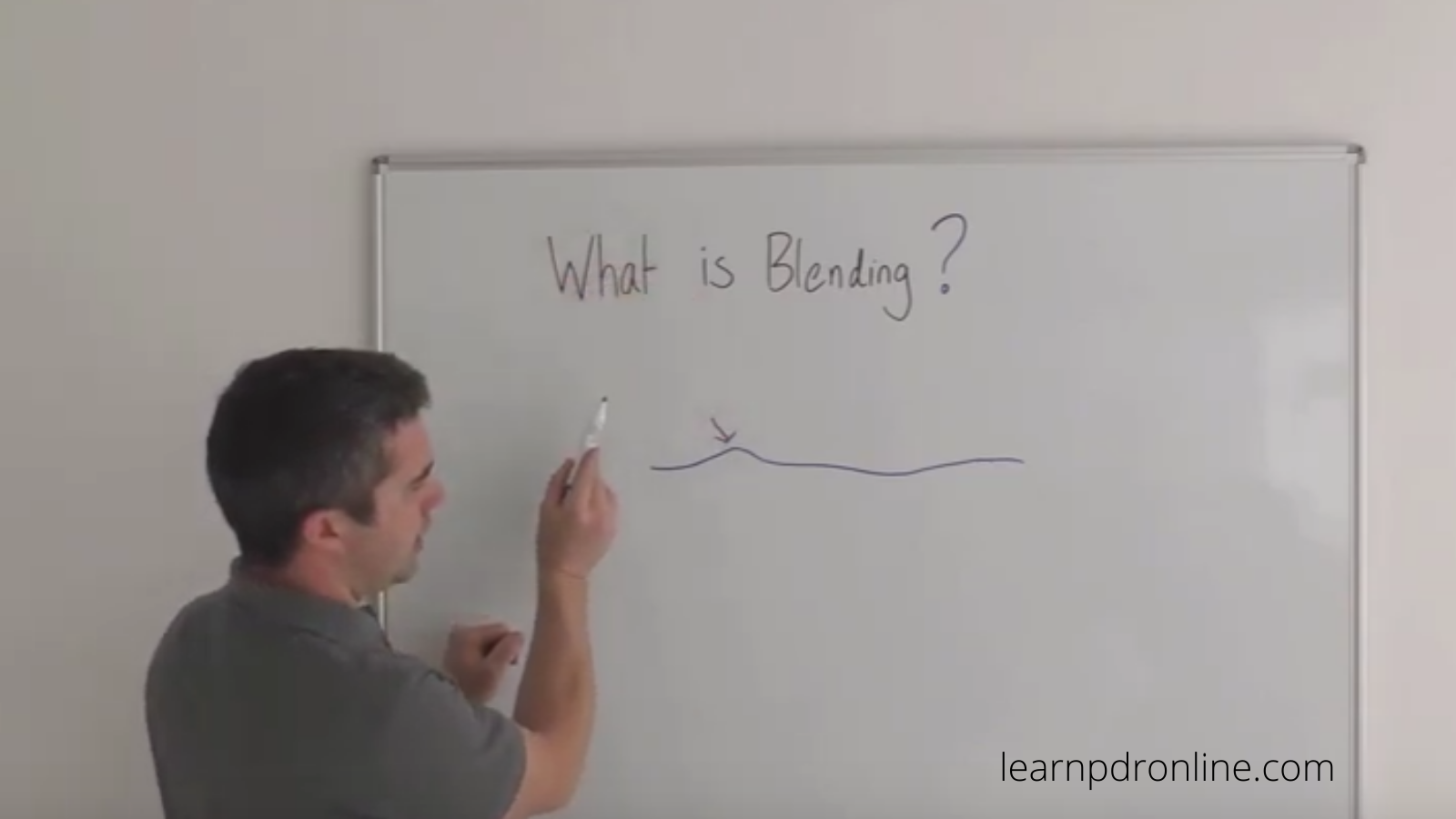 So each time you are tapping you're effectively sending little waves this way. Those waves gradually start to bring that up. At the same time, you're taking down that high. For example, again in the video, blending part, we are working at the edge of a panel. Once you've got that kind of fold or the edge where the roof comes down the energy can't go further than the end of the panel. So as you're tapping on the front left corner, the energy stops when it gets to the ridge. But it continues on very lightly and just fades out right across to the back section of the panel.

So if you’re going to put a marble or ball bearing up the complete opposite side of the roof panel. Start tapping diagonally the other corner to send enough energy to move that from one side to the other. Hopefully, that explains a little bit about blending as a process. Creating energy and waveforms as opposed to just tapping down the high spots and even out the lows. I think reverberation or vibration really starts to move that metal around.

Steel tends to go back to its original state but it would not be as effective with aluminum panels. Also it will be quite difficult if your dent was in the center of a sheet metal,so the center of a roof panel. Trying to blend is going to be a lot harder and less successful as you're creating those waves. It's got such a big area to go across. If it's on the front corner you're focusing that energy around. You'll get a certain part of the energy waveform that will come against as far as it can go. To a certain degree, it travels back on itself. So it's definitely easier blending on the corner of a panel or where there's at least a ridge form.

So often you'll see blending videos used on the roof rails of a car. Looking in front of a car you've got your roof. Windscreen here and pillars coming down so often if this is the main roof panel you've got rails down the side. Because they're curved already they're under such a sort of tension and form. You can send those waveforms down the panel and restrict them into these areas. 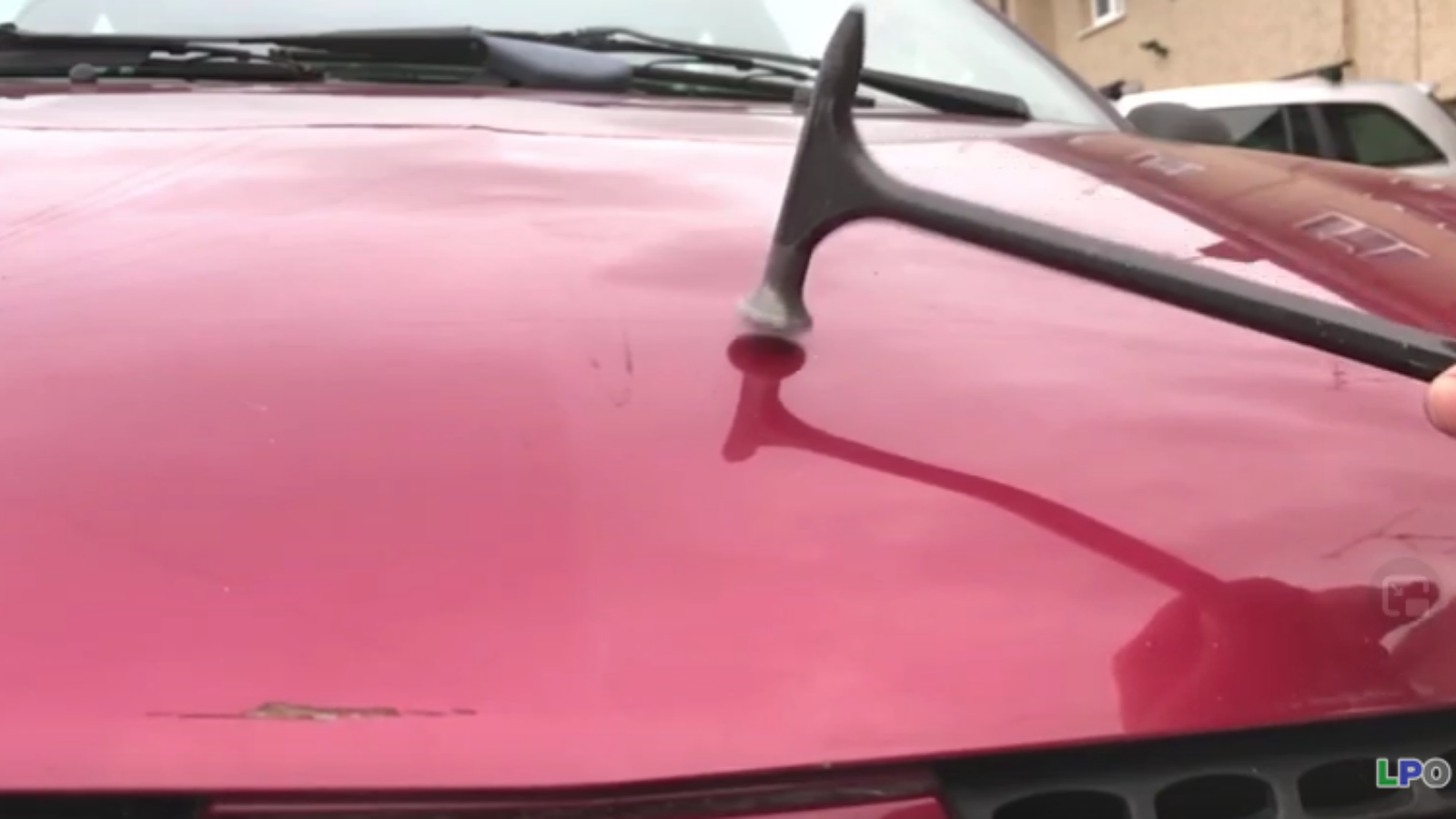 Take a look at the slow-motion version of me tapping with the hammer. I'm working on the bonnet panel of the Renault. I'm using the Shane Jacks blending hammer. The slo-mo shows the hammer bouncing off the panel and creating vibration. As I speed up a bit you can see the difference in the way that the hammer bounces back. This slowed down version indicates what that hammer is doing. And how it bounces back and creates ripples across the panel.

We've got the cable laid out 10 meters. I'm holding one end of the cable pulling up and whipping it. We'll see that in slow motion and illustrate that momentum that can be carried across the cable. I've got my blue extension cable laid out and you can see how fast whipping that cable across. Sending that wave across and again speeding it up as you would do in the blending process. Watch that wave travel across right to the other side of that cable. 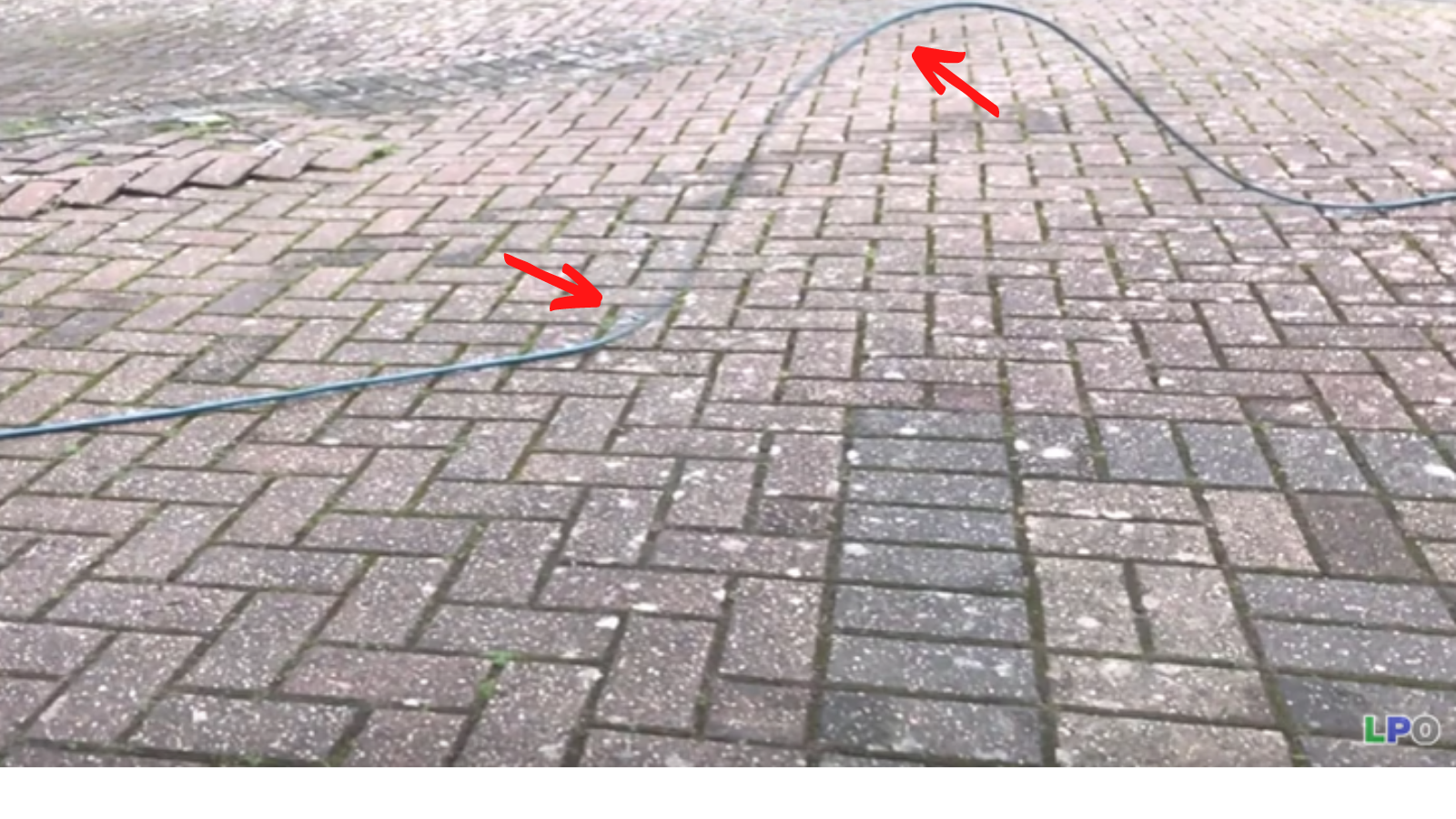 This indicates what you're doing with your blending hammer as you're tapping it. You're picking up and creating a waveform that travels right across the other side. As we change to a slightly different angle you're sending energy across. So your low spot on the right is lifted up where that cable indicates that waveform being a bit higher. It's creating that ripple so you get a perfect circle ripple that spans out from the point of impact.

This tutorial is taken from part one of my 5-part video series specifically on blending. The full series is available over at learnpdronline.com but it is available for our members only.

Get to know more about paintless dent removal, join the community! We will be re-opening our membership for our exclusive PDR community!

Join our Exclusive Membership Community! Get full access to our courses, training techniques, and full-Length video tutorials! Take your PDR Development to the Next Level! Learn more!