Be the first to get the latest updates!

The most common dent that I see day to day is your standard door dent. They're typically picked up in car parks when people park alongside, open up a car door and just put those little dents on the side.This is what I call the ‘bread and butter’ of my business. Learning how to repair this type of damage is really important to build up your PDR experience and build up a PDR business.

In this video we're going to take a look at a couple of dents we have on the door panel and run through different kinds of techniques and tools. You can see I've got a couple of door dents and they're not big but they just happen to be right on that body line for the rear door. So I've got my window guard and wedge setup. I'm going to look at a couple of different techniques and tools to start removing these dents. I'm going to use my go-to door bar which is just a standard hockey stick tool from BLE tools. Any PDR bar that can give you  access is okay. 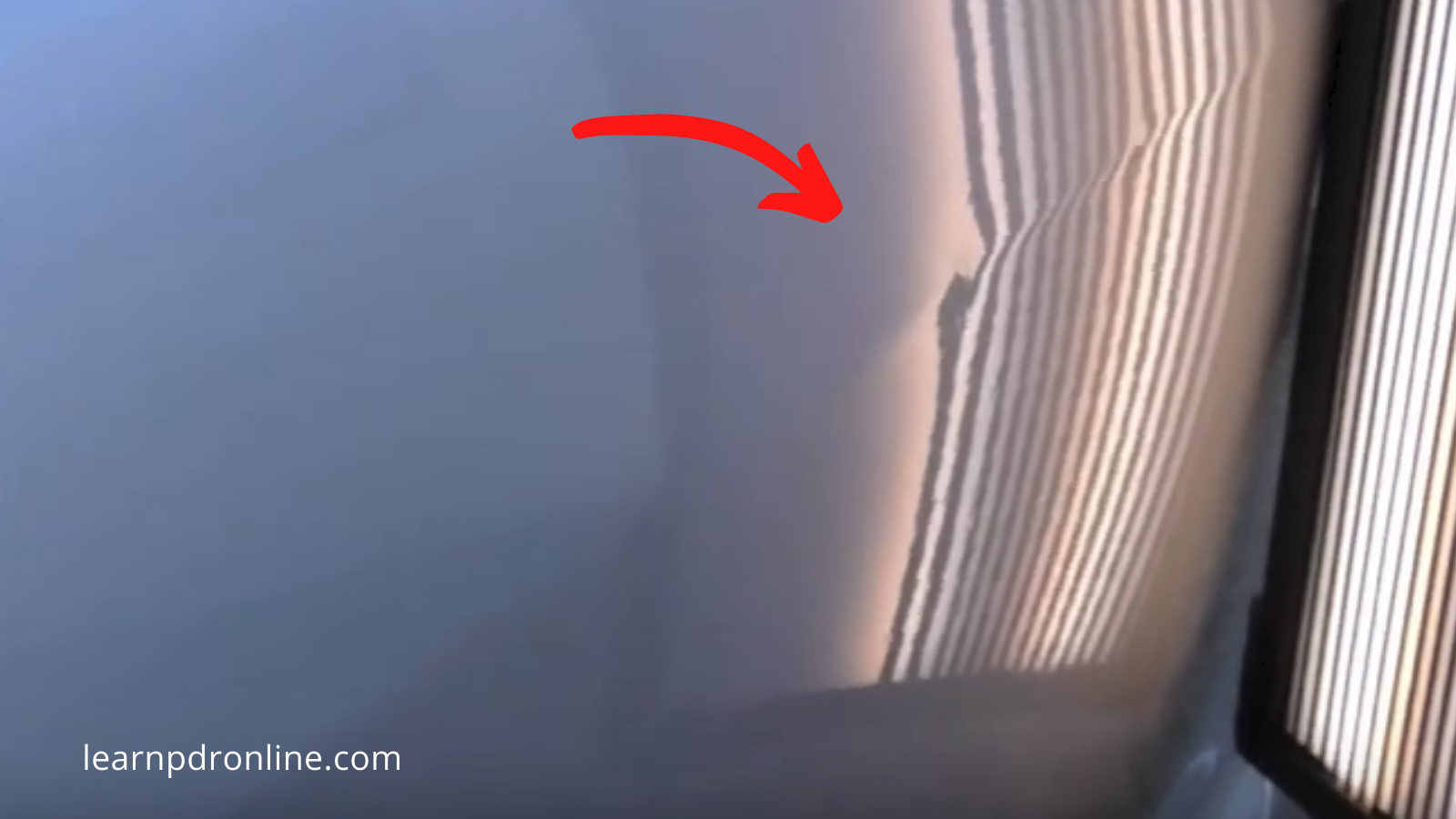 So we assess the overall area, this one's got a little scuff on so i'm going to start by polishing that scuff off to give me a really nice clean reflection so i can really pick out the extent of the damage. When it's on a body line usually I start with the line itself. If I can get a soft tip on it I'll work out that body line and bring that back out.  Door dents specifically those on body lines have to be cross-checked and cross-referenced.

Getting the Best Leverage

I want to use this bar with a little bit of tape right onto the ends and I'm going to start by getting right behind the body line itself and just starting to get the shape back out of it and start to work with the metal and see how it responds to some pushes. This particular set gives me the best leverage. This suits me quite comfortably and again pulling or pushing when you’re either left-handed or right-handed. 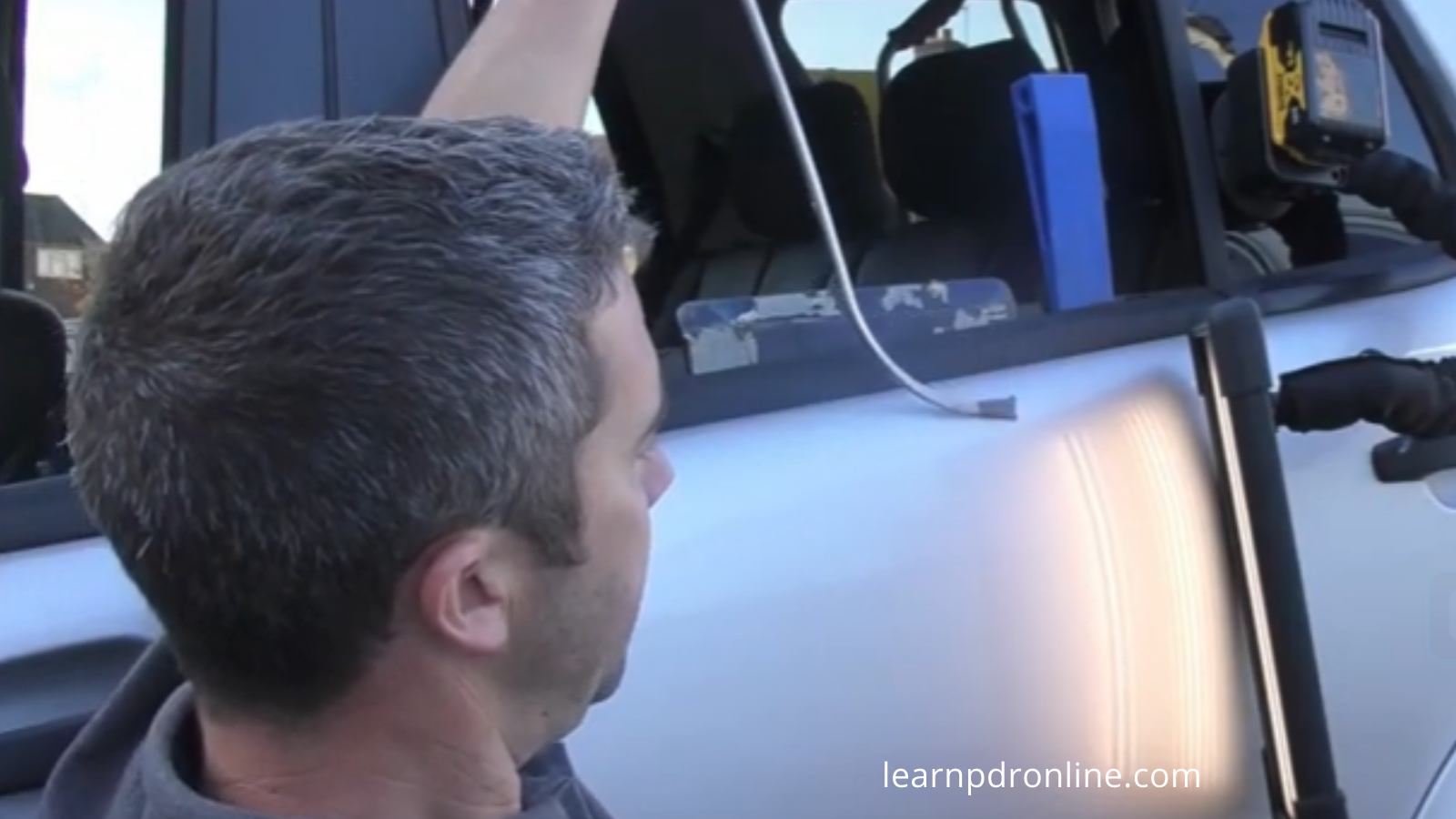 Get the Line Back

Do have a little play around with the bars as I say these are left-handed and right-handed but I can choose to use them either way around. It just depends which gives the best access and leverage  whether I want to be pushing or pulling as my kind of motion in removing the dents.

I like to start off by just getting a feel for the tool tip, checking the location and just making sure I can reach each part of the repair. I'm currently working on the smaller dent of the two which is just a slight bit of distortion here and then the larger one back here.I’m working out that line and making sure I can get the line back straight.

Pushing Out That Dent

So just pop into the other side and cross check my work and I'm going to work on this slightly bigger one to really get an idea of the overall size. It's not just a small kind of round dent as  you move backward and forward to get an idea of the overall shape and size. The dent itself is not too sharp so I'm just switching to the other version of this tool  and again just applying a little bit of tape to the end.I can apply a bit more force to get a bit more access or leverage to apply some pressure to push out that dent. 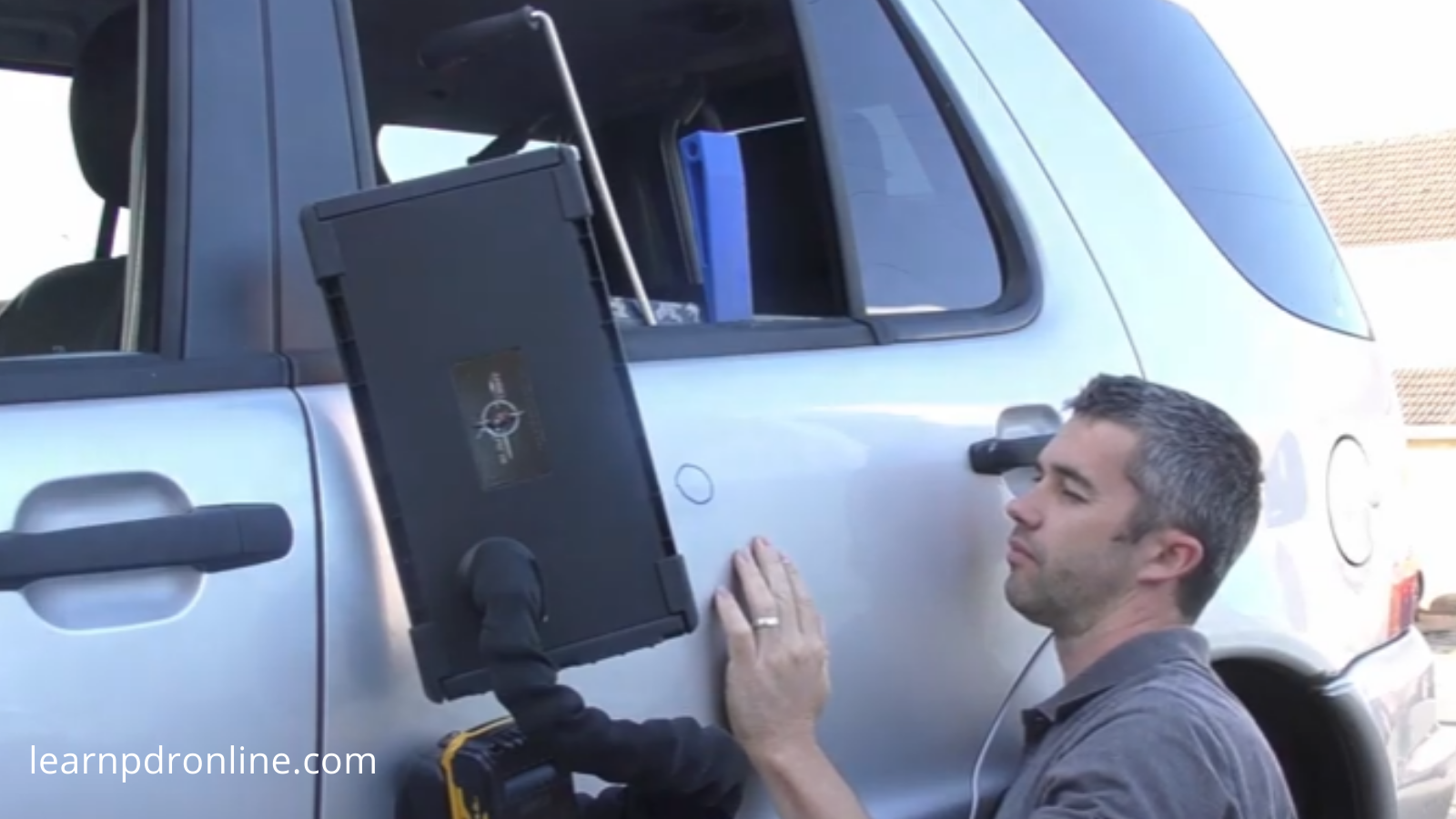 So I highlight the dent on the panel and I’ll use the same bar and I’ll go metal to metal for some pinpoint accuracy.  I just start to give it some gentle pushes to bring up that low and get the panel level. It's so important to keep cross-reference your work to see  even a little bit of distortion.  It's also good to put yourself sort of further away so looking at a dent from this close put yourself right back as far as you can still see it. Really sort of check those perspectives as well because it does make a huge difference when it comes to getting the dent 100%.

Selecting the right tools with any repair means understanding reach and leverage, what tool is going to give the right reach to get to the back of the dent and which one's going to give you the best leverage as removing the dent requires control.

So you see how learning paintless dent removal can be a skill for life. This is why I have designed a specific PDR pathway which is a step-by-step approach.  We start at understanding the basic principles of pdr  to give us a solid foundation that we can build as we progress as a PDR technician.

Whether you are interested in learning paintless dent removal or you just want to know a bit more about tools and the techniques in removing dents as a hobby and interest. Or whether you're looking to turn PDR into a career and start your very own pdr business, we absolutely have a step-by-step approach for you!

So what are you waiting for? Head over to learnpdronline.com and start learning about Paintless Dent Removals!

I Try Out The Do Da | Paintless Dent Repair Tool Review