My Most Valuable Lesson For PDR | Paintless Dent Removal Tips

Above video is my most valuable lesson for PDR. I'm going to show you some photos that were sent through to me. These are genuine customer photos of dent damage for me to quote on.  We'll compare it to some short video clips I've taken once on site. I assess the damage in person and there's a huge difference between a customer's photo and what we see as PDR techs.

Let's have a look at the photos and compare them to the videos. The first photo sent through to me is described as a door dent on a VW golf. Now this first image doesn't look too bad I'd say maybe kind of a couple of inches primarily above the body line. But it doesn't look particularly stretched , not particularly complex. 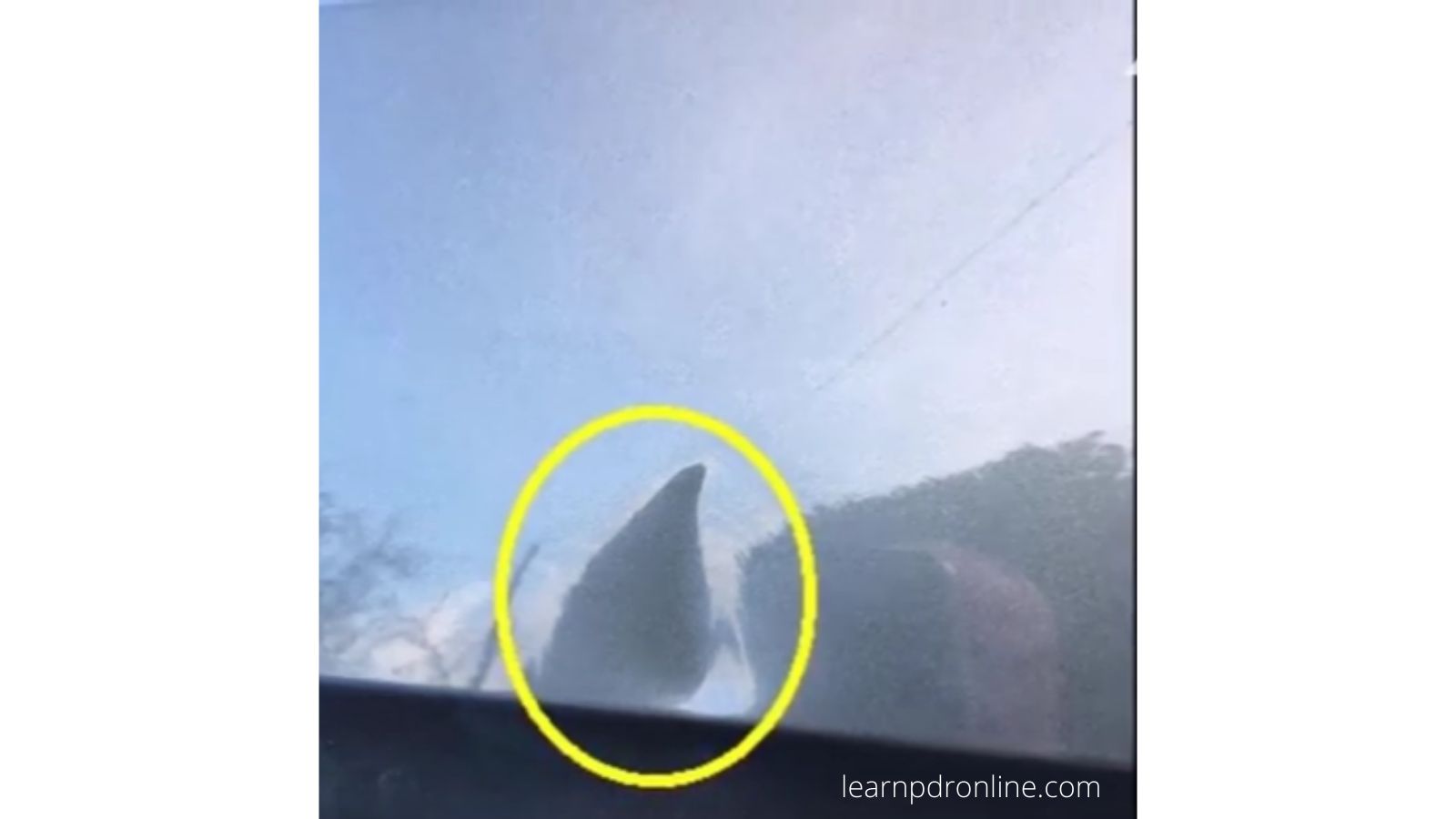 The second photo is more head-on. I might say there is likely to be some distortion across that body line. Perhaps a little bit below, so maybe a three-inch crease. But it certainly doesn't look that bad in a photo. But once I got on site and ran the video camera across. You can really see the level or the extent of the damage to this door panel. 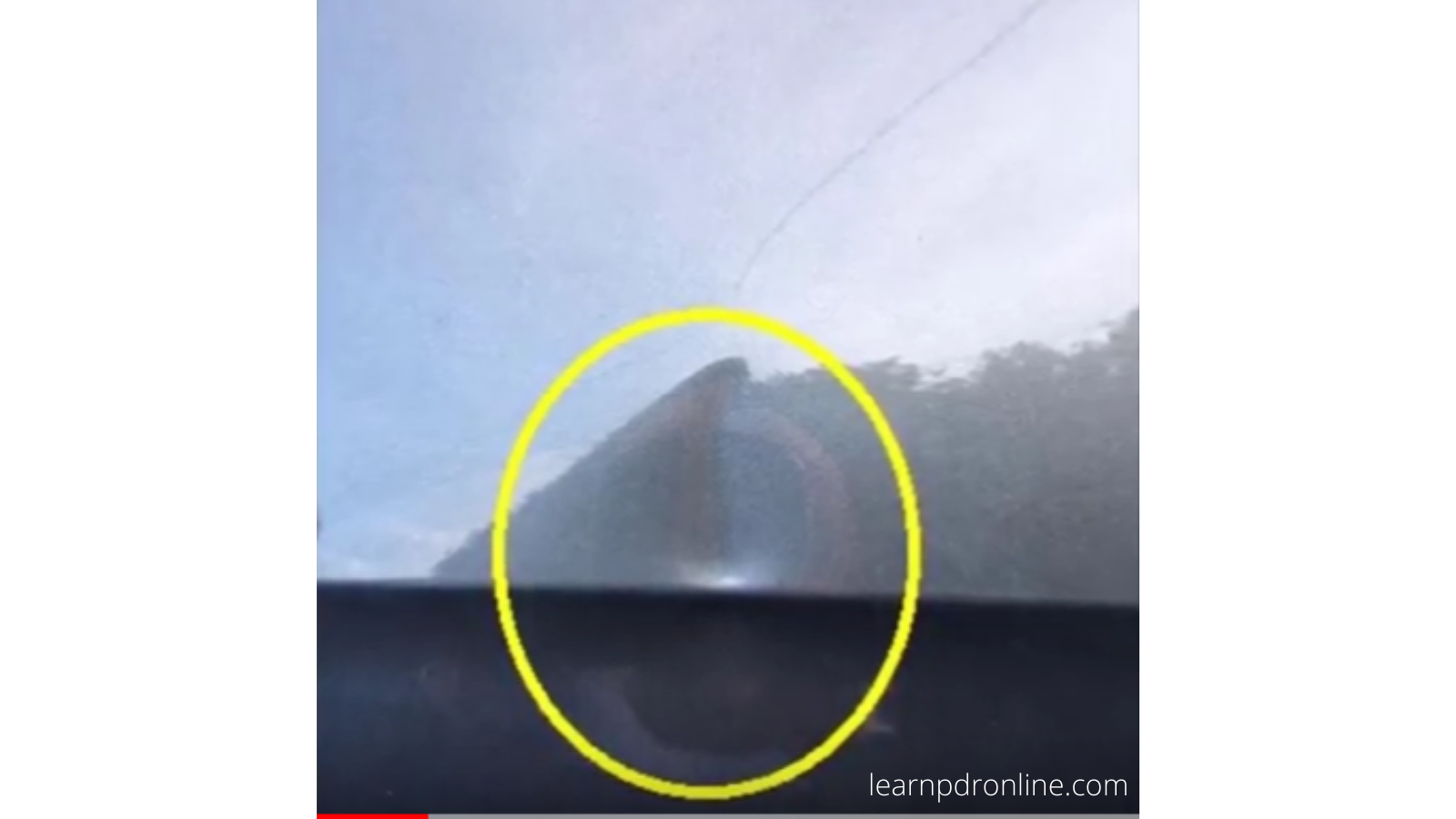 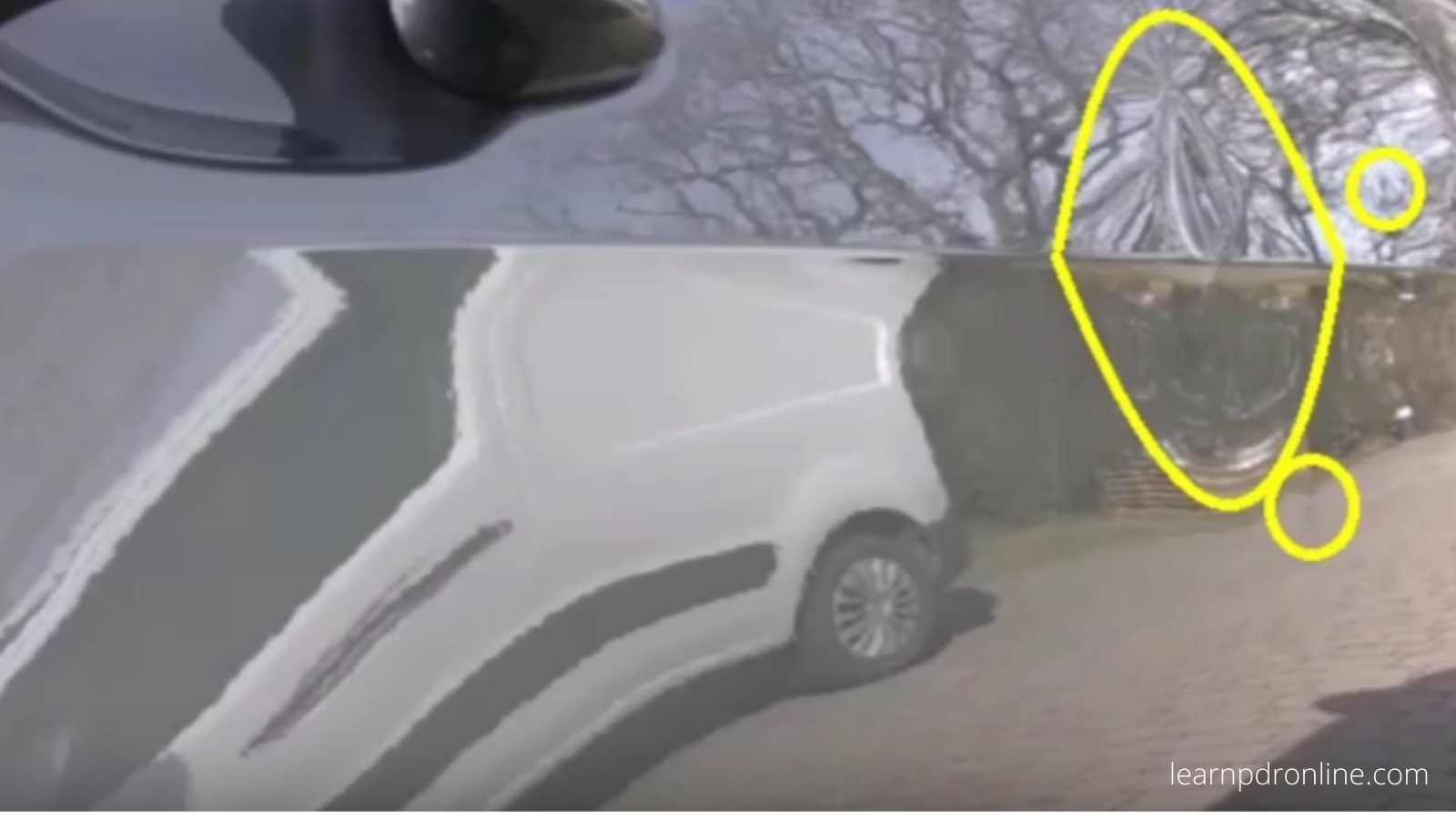 An Idea of the Overall Dent Size

You can see above the dent just how much tension there is in that kind of crown. It's so tight in there and it really takes it to a much more complex repair. That's going to take a lot more time to repair successfully. Again from another angle we can now kind of see that overview and get an idea of the overall size and  position of those other two dents. 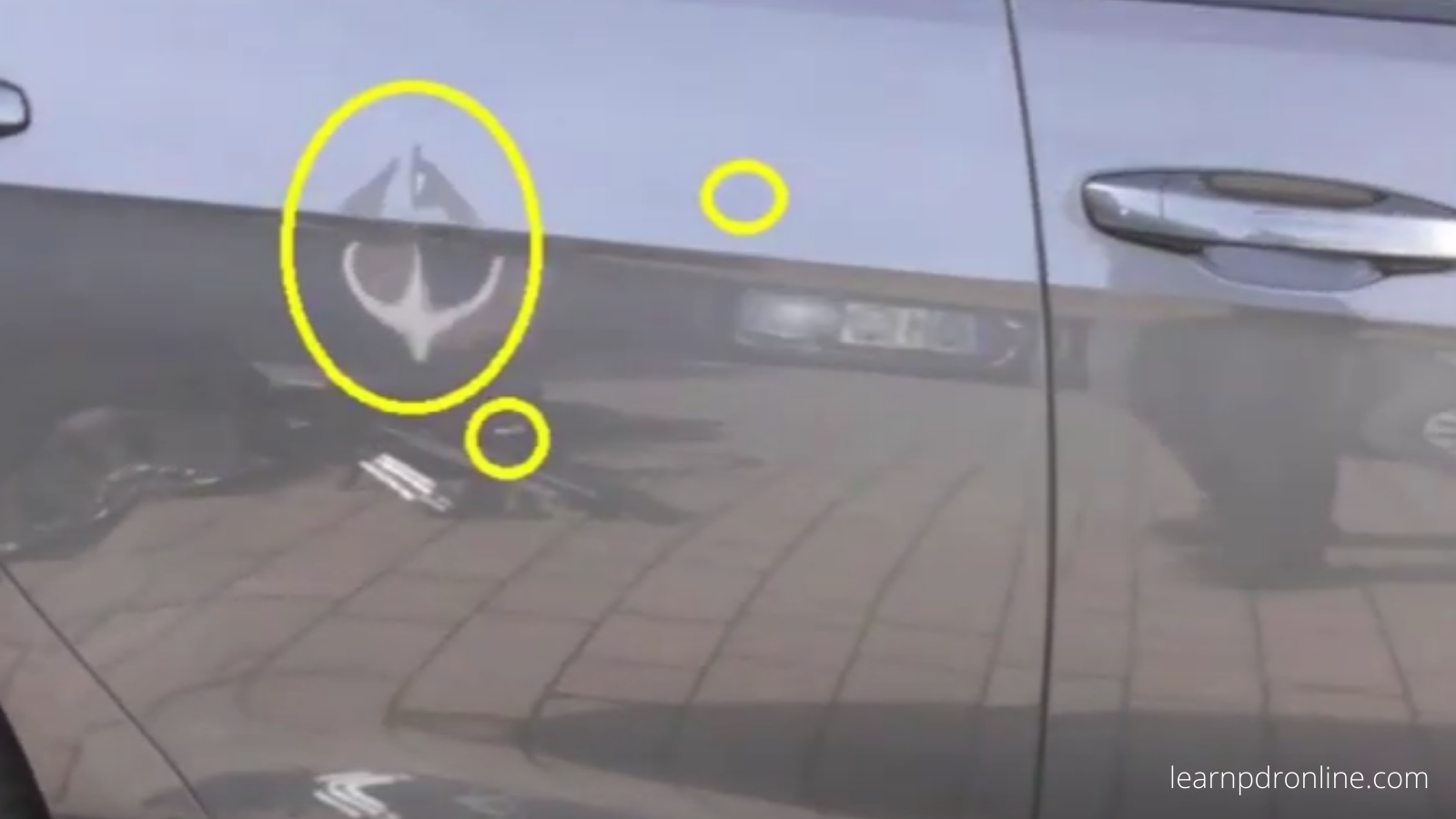 As we take a look at the second photo this is on a ford galaxy. Again the dent looks fairly soft, it is across a body line, but it looks like a really nice soft dent. Something that might glue pull out relatively quickly. Now this probably looks like about a six inch span. But once I get on site ,get out the video camera, take a look at that side panel. You’ll see that the whole panel is affected. We've got a dent low down on the dog leg section by the rear door. 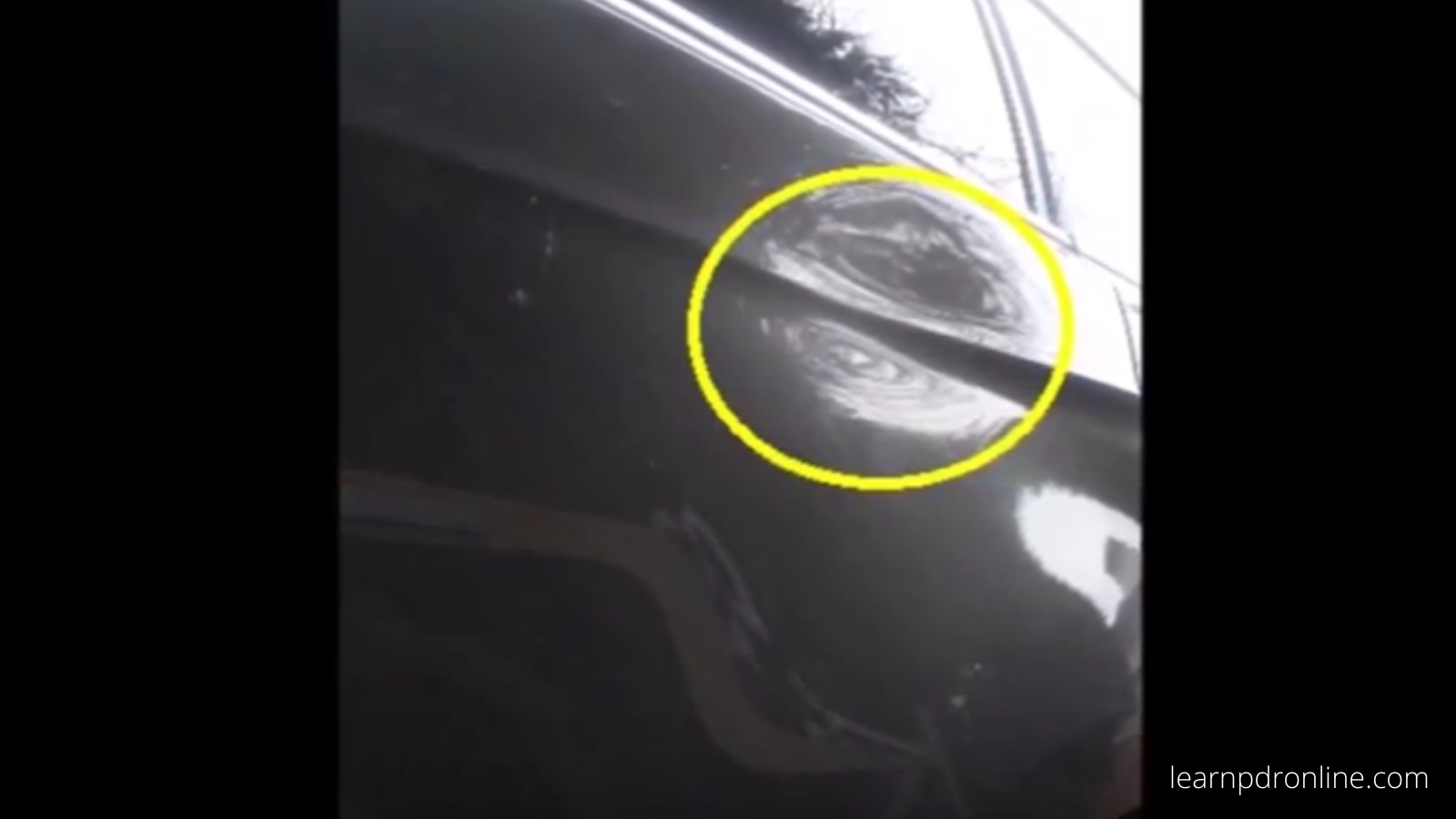 We've also got some distortion just above the body line as it meets the door. And  that crease that's probably one of the more complex parts of the repair. The big overall damage and some dents and distortion back. You can see that the vertical line running down is probably about a foot long repair. So certainly a whole lot different to how it appeared in that very simple straightforward photo. 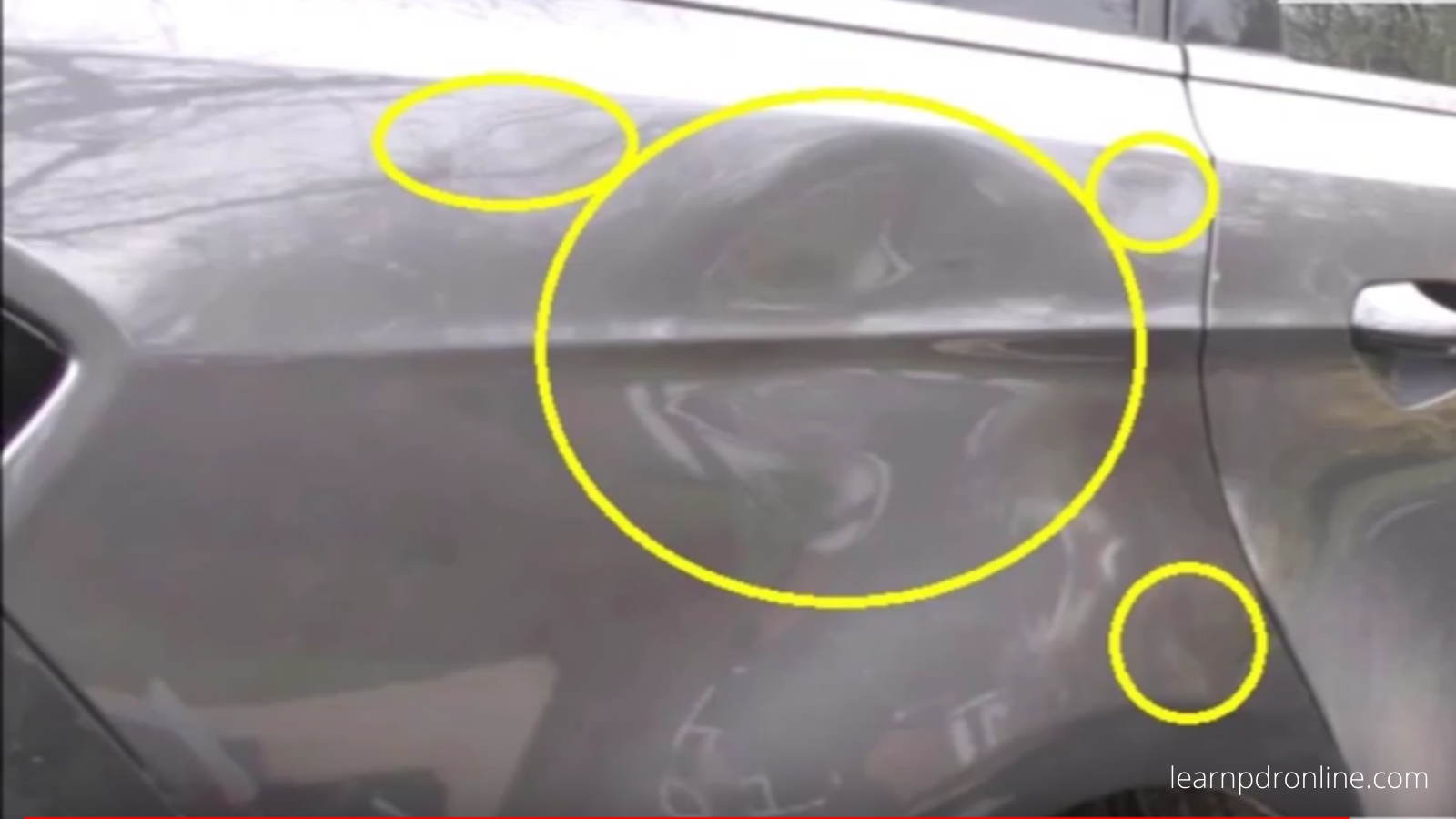 Now this gives an overview of the kind of four different areas. The primary dent and the three or four smaller dents that surround it from that same distortion of the panel. So as you can see there is a huge difference between what a customer sees. Also what's visible in a photo versus physically being there on site.

Now you can see there is a huge difference between what's visible in a photo or a customer's description  versus being there in person. Being able to assess the damage  gives you the opportunity to explain the process.

Point the damage out to your customer and further educate them on the benefits of Paintless Dent Removal over traditional body shop repairs.

For a full repair tutorial  check on learnpdronline.com!